The GUI meaning is “graphical user interface” and UI is just “user interface.” GUI is a subset of UI. UI can include non-graphical interfaces such as screen readers or command line interfaces which aren’t considered GUI. This article contain a 2013 round up of the best Adobe Photoshop resources for GUI and UI PSD kits and web elements. Few kits are available like layered png’s and can be edited using Adobe Fireworks.

Some UI kits cover basic elements like button, slider, text field, checkboxes and radio buttons, and other contain a large selection of different UI elements and web elements from logo to slider and mp3 players skins, banners and badges. These free PSD UI kits are well-layered and mostly vector-based so you can resize them at your will.

For what kind of projects can be useful this free GUI / UI kits library? If you are a graphic or web designer, then you know already the value of a proper mockup what will be shown to the client so that they can have an idea of how their user and admin interface or web design layout will look once it is completely designed. Most of the time is not worth to spend too much time creating such a mockup, but in same time, you need to catch the attention of the client and express in the most good way your vision about project.

On the other hand, if you are a GUI / UI designer, this article can inspire you regarding the style and elements used. Other UI kits provide you a good base of elements that are very useful when it comes to building a mobile application. 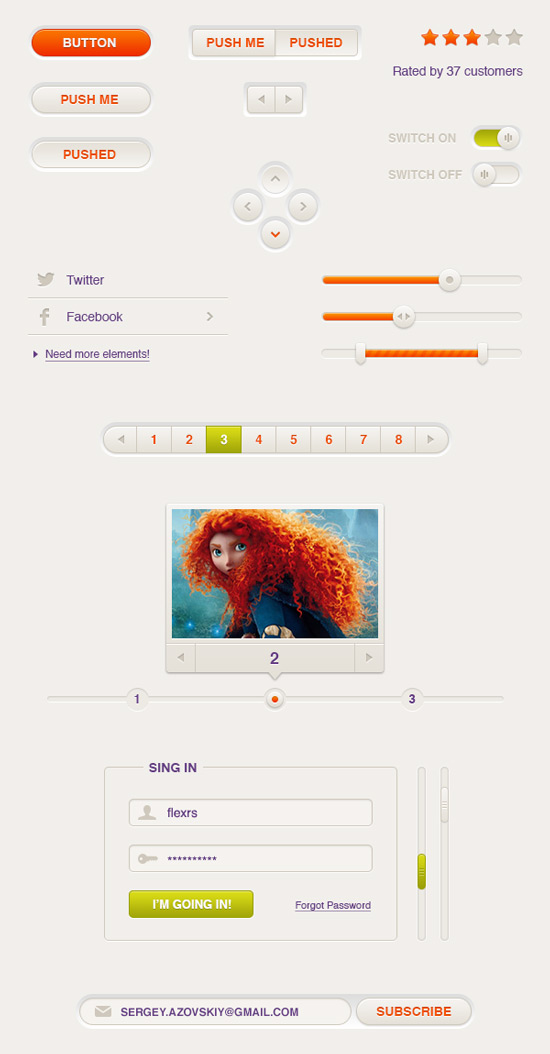 Sticky Butterscotch UI Kit – Free PSD by Made By Thomas

You may be interested in some premium GUI / Ui designs as well:

Thank you for subscribing.

we respect your privacy and take protecting it seriously

Are you looking for a theme of your blog? Thinking to start a new one? Take a look at these great releases for WordPress.

Thank you for subscribing.

We respect your privacy and take protecting it seriously